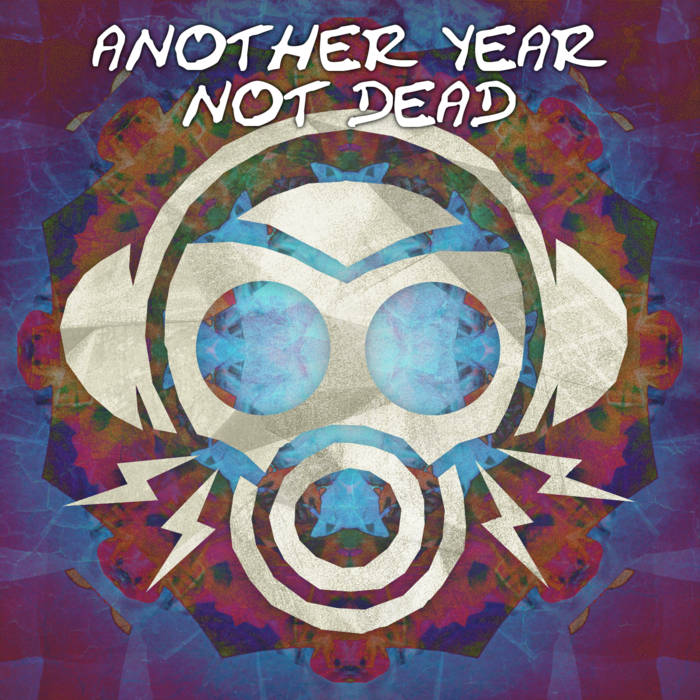 As unusual as the name shhh... might be for any project this is not our first dance with the Portuguese experimental producer. Industrial, experimental sounds, and dark ambient textures have all been prominent in his works since he appeared in 2003. While I do find it hard to discover new acts in the experimental scene on Bandcamp anymore as everything is laden with harsh noise that makes no sense of peace of mind, it is rather refreshing to listen to an experimental piece that can actually be enjoyed every now and again. With all that said let's discuss shhh...'s latest album "I, of the storm".

This five track piece was just recently released back in April and contains what appears to be a dog's eye on the front cover. Though the subject matter of the album is not explained outright on the artist's Bandcamp page, I have come up with a post-apocalyptic story in my brain based on the track's titles. 'Falling antennas', 'The first day of heavy rain', and 'A swarm of us' all pop into my head. Not going to say that I thought of a zombie apocalypse, because I did not, and also because that's too common nowadays with the Walking Dead and all.

'As she drives by' kicks off the song and starts with typical ambiance/noise keen to everyone's favorite dark ambient albums, but eventually dissipates as a bleep like that of a heart monitor shoots out, samples play, and drops of bass occur. Eventually we're thrust into an incredibly dark array of industrial beats, IDM influenced sounds, and background effects. This is headphone music, and there's not a doubt about that in the slightest.

'Falling antennas' continues the brisk pace of scratchy ambient noise, electronic computer blips, and harder industrial beats all going at once. All the while I don't want to say beats as this is not a continuous pattern of music that's meant for dancing more so than it is a subject of ruination. 'The first day of heavy rain' contains more uplifting synth sounds in tune with the glitchiness that shhh... has provided thus far as well as the scattered IDM effects. The same can be said for 'Collapse dream', but this one has a rather impressive piece of noisey guitar and industrial menace around the two and a half minute mark that I have to recommend you give it a listen.

The last song on the album is the longest on the album but is also the most bi-polar track amongst the bunch. If shhh... were trying to show off his musical versatility in one shot, this would be the demo song he would send out to nearly every single record label. I'm pretty sure I went through phases of black metal, industrial, dark ambient, drum'n'bass, and so much more throughout this song. Like Frankenstein's monster, the song was ugly, but it worked so well that it became its own beast.

Don't let the name shhh... fool you as I let it do to me when I first saw it. Give this album a chance if you're into weird and funky electronics that don't sway to the light side.